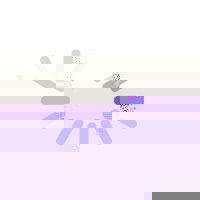 I only woke up, miserable and covered by a cold mist, as I was told that my best friend had been murdered. His body had been found in the cellar of a shady hotel which only people with no means of living frequented. The police commissioner asked me if I could recognize the body. I could see him through the crack of the door. The wound was really impressive. From the Adam’s apple to below the navel, he was open—like a book.
—Pierre Reverdy, Plupart du temps

Half Arab half Jewish half nothing
no God no Race nor any dumb Nationality
most poets and artists want to be sucked off
he writes to his late father, worshipped and admired
embarrassed by the attitude of white Anglo-Saxon invaders towards the indigenous people they stole land from …
(Christianity is mostly racism)
… he survives on pills.

Doesn’t really know Russian, but
he enjoys not understanding his own writing.
Doesn’t enjoy being sucked off, why
perhaps his mom did it first in some way.
Forgot Bengali and Hindi from his youth,
full of illegal brain medication and alcohol.

His poems are of zero interest but he gives not a fuck about his readers.
A double coward, a triple fool.